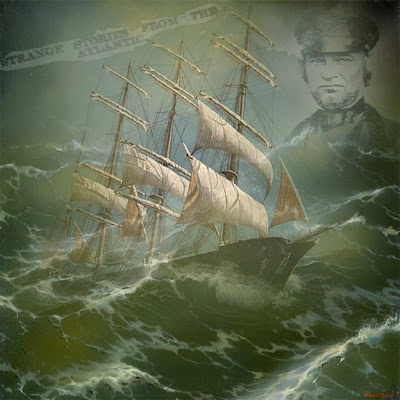 The sea holds her mysteries indeed.  My art is a tribute to the legend of the Mary Celeste, an 1870 brigantine which set sail for Genoa, Italy with a cargo of American alcohol, the captain and crew, as well as the captain's wife and daughter on board.  The ship was later found, midway in its voyage, abandoned and adrift, with no explanation of what happened to those on board.   Perhaps the Mary Celeste inspired the poem (in part) that follows, by Henry Clay Work.   Background photo by George Dimietriv with three blended overlays from Google.
THE SHIP THAT NEVER RETURNED
On a summer's day when the sea was rippled
By a soft and gentle breeze
A ship set sail for a harbor laden
To a port beyond the seas.
There were fond farewells and loving signals
While her form was yet discerned
But they knew not 'twas a solemn parting
For the ship that never returned.

Did she ever return? No she never returned.
And her fate is yet unlearned.
And for years and years fond hearts are waiting
For the ship that never returned.
*********
Thank you for visiting and listening to my little tale!
Posted by indybev at 7:18 AM 18 comments: 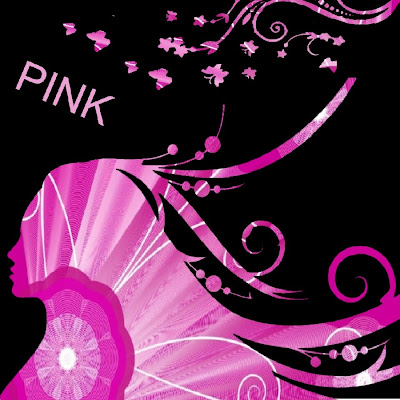 I love the combination of pink and black.  The mask I've used is credit to Kubivet.  My mother's garden always had a section of what she called "pinks".  They were a perennial from the carnation family, and lent a lovely wave of pink to a corner of her garden.   I hadn't thought of mother's "pinks" until this challenge, Marie.  Thank you for that!
Posted by indybev at 7:56 AM 16 comments: 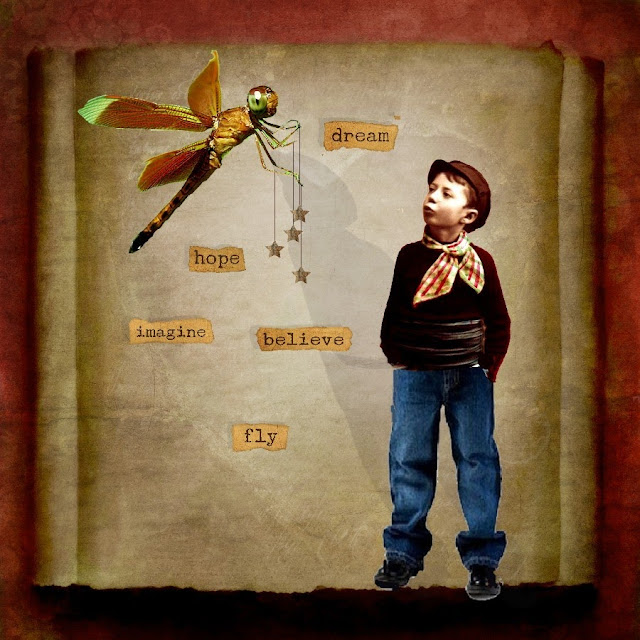 Sometimes our inspiration comes from unlikely sources .... at least in this case it did!   Credit for the little guy is to Rian Designs, and the insect was googled; background Create Wings.  Thanks for looking.﻿
Posted by indybev at 11:44 AM 11 comments: 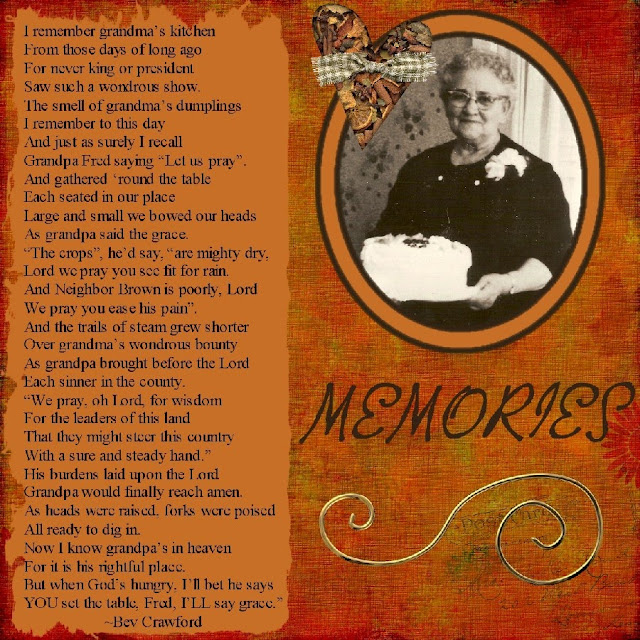 My father's mother was a rotund little lady who had a gentle and loving spirit.  She was always smiling, and she always had time to give her grandchildren warm hugs against her crisp, starched apron. My grandfather was a pious little fellow, a devout Baptist, who was mostly serious about life.  We lived some distance away (for those days) and saw them only once or twice a year, so it occasioned large family gatherings. The poem I wrote reflects my childhood memories of those visits when we were all seated around the big table in the kitchen, the wonderful smells emanating from steaming dishes, and my grandfather, in his bib overalls, bowing his head and offering grace that seemed far too long to the children at the table.   Treasured memories that will be with me always.
Posted by indybev at 8:43 AM 17 comments:

I'm looking forward to all the black, white and red art this week.   This was an experiment inspired by an artist named Slava Fokk.  I sketched the white image and flower, cut them out and applied them to a black background.  Scanned and tweaked a bit digitally.   I liked the stark simplicity.   Thanks for your comments.
Posted by indybev at 6:47 AM 11 comments: 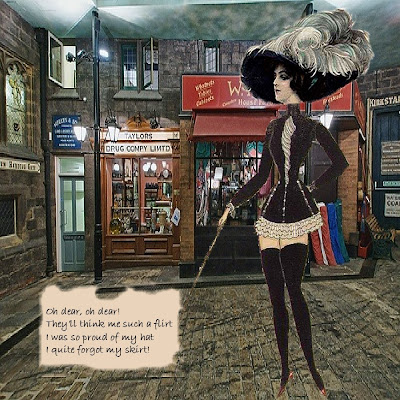 I had some fun with this one.  The street scene is googled, and the lady is a composite of two e-vint images.  The cheeky "ditty" is original.   I'm so glad you stopped by.  I appreciate your comments!
Posted by indybev at 9:05 AM 17 comments: 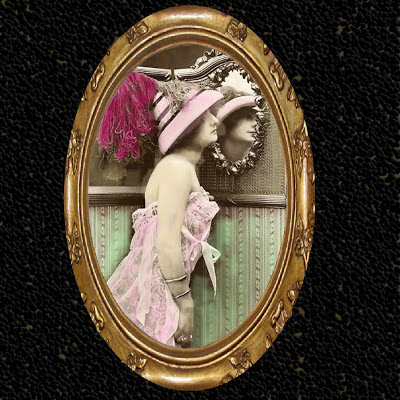 I try not to look in the mirror much any more.  I keep seeing this old woman looking out, and I don't know who she is!   E-vint image above was a gift from Ozstuff (thanks, Marie), tinted a bit and with a frame added.  Thanks for stopping by to see me!﻿
Posted by indybev at 6:52 PM 11 comments: 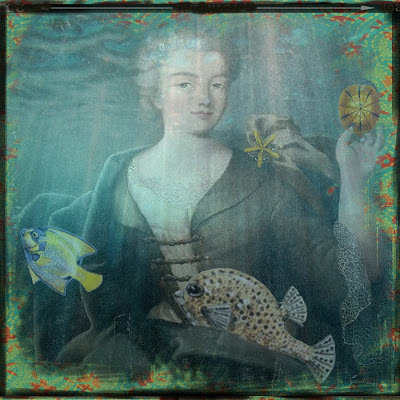 "Many brave hearts are asleep in the deep, so beware!" goes the old song.  Milady appears to be doing quite well in her waterlogged world, however.   She's from the Lost Gallery, the fish are compliments of Dover, the water overlay was googled, and the border is credit to Berna of Scrapbookgraphics.  Thanks for looking!﻿
Posted by indybev at 7:48 AM 20 comments:

Three Muses - Where I Live 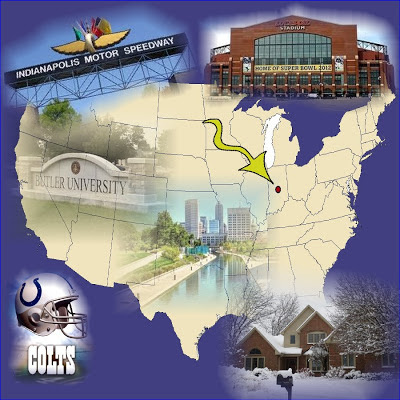 I had no idea how to depict where I live!  I finally decided to use the map to pinpoint where Indianapolis, Indiana is in the United States.  It's the 12th largest city in the U.S. with a population of approximately 830,000.  Indianapolis is home to the Indianapolis Motor Speedway's famous 500 Mile Race; Butler University; Lucas Oil Stadium where the city hosted the 2012 Super Bowl;  the Indianapolis Colts (2007 Super Bowl chanpions); a scenic downtown canal and skyline; and, most important, home to ME (down there in the right corner).  Thanks for visiting my part of the world!
Posted by indybev at 6:33 AM 13 comments: