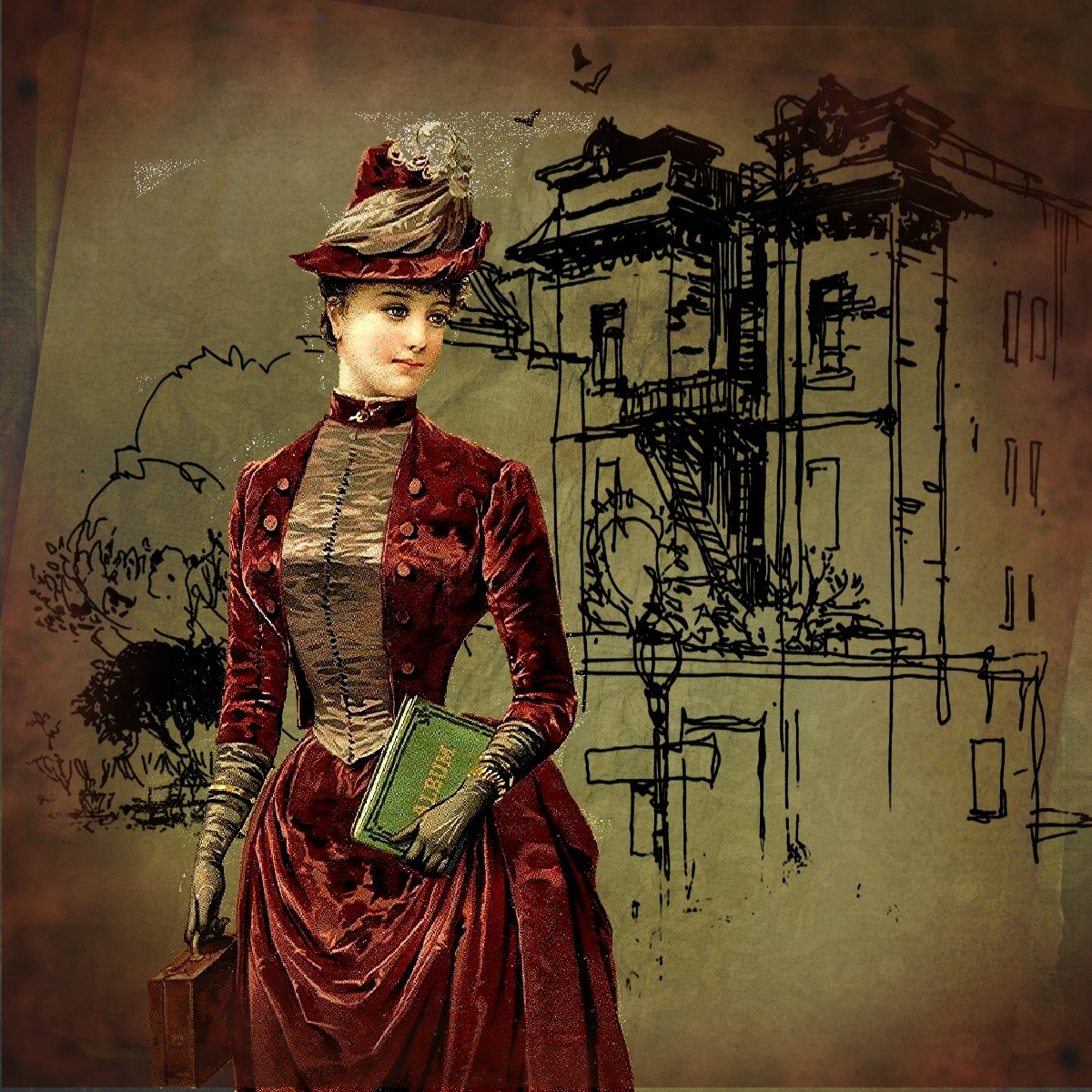 The background for this piece is from Finecrafted Designs, the lady is from Graphics Fairy.  Thanks to both, and thank you for stopping by.
Posted by indybev at 7:25 AM 11 comments: 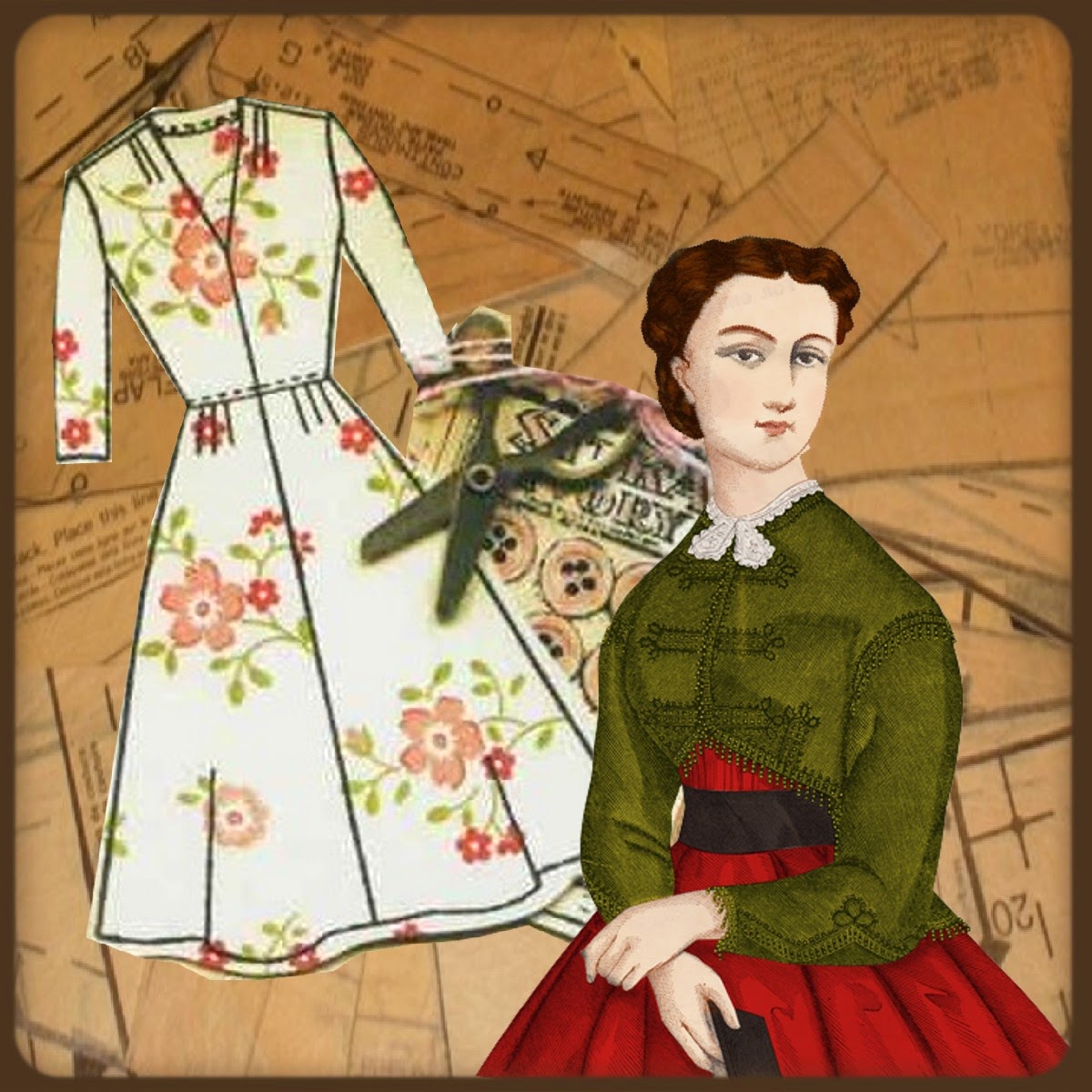 Sewing's the word at Take a Word, and I can see Milady is thinking about it.   All elements were cybersurfed, except Milady is a freebie from Land of Nod, I believe (not sure).  Thanks for your visit!
Posted by indybev at 7:40 AM 18 comments: 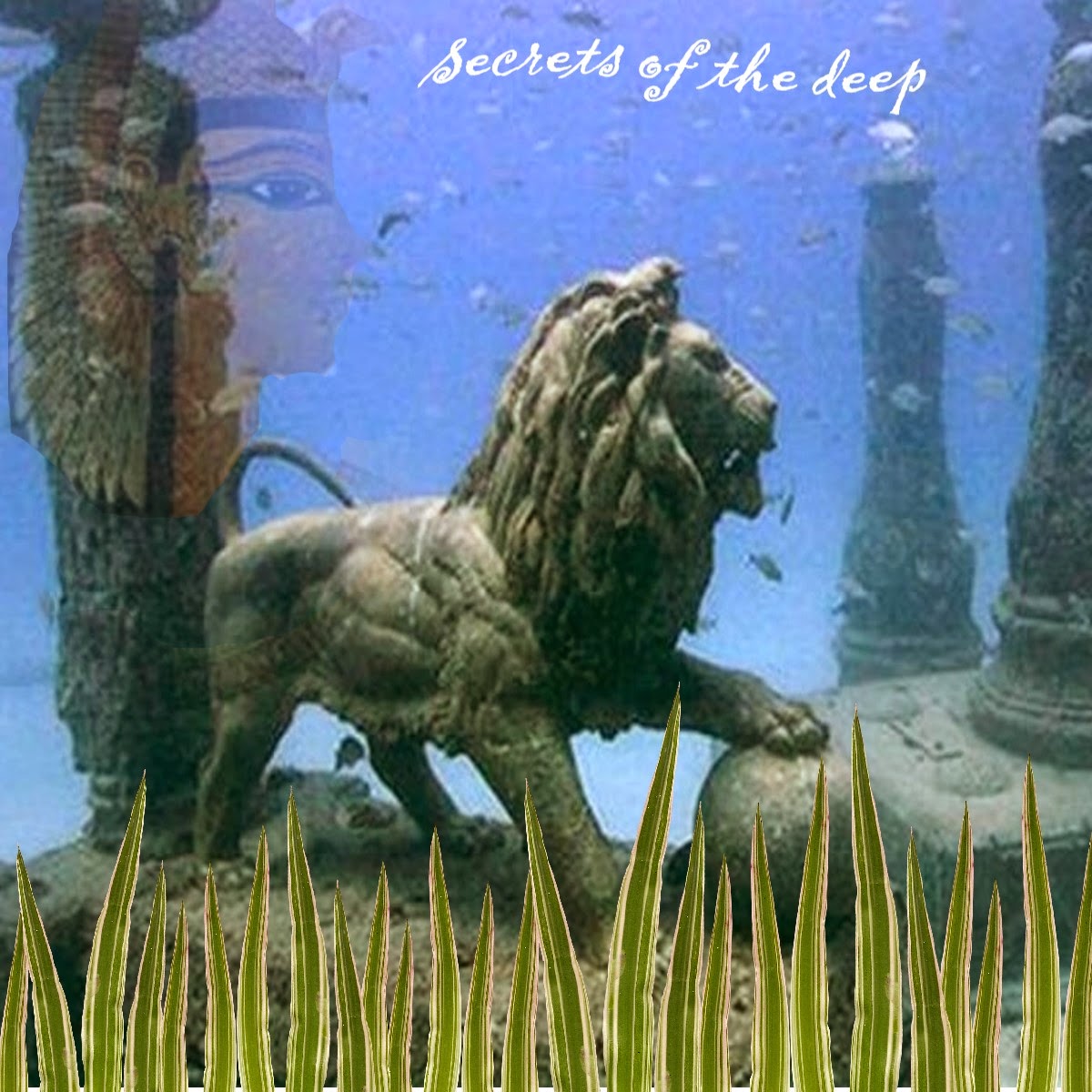 Lost for 1,600 years, the royal quarters of Cleopatra were discovered off the shores of Alexandria. A team of marine archaeologists, led by Frenchman, Franck Goddio, began excavating the ancient city in 1998. Historians believe the site was submerged by earthquakes and tidal waves, yet, astonishingly, several artifacts remained largely intact. Amongst the discoveries were the foundations of the palace, shipwrecks, red granite columns, and statues of the goddess Isis and a sphinx. The Egyptian Government plans to create an underwater museum and hold tours of the site.
I've taken liberties with the photo above and added some sea grass and an Egyptian image.  It fascinates me to think that for a thousand six hundred years this stone lion stood guard, a credit to the artists who crafted him all those years ago.  Amazing.  It somehow makes any oceanic art I might create pale by comparison.   Thanks for allowing me a moment to consider those artists of so long ago! 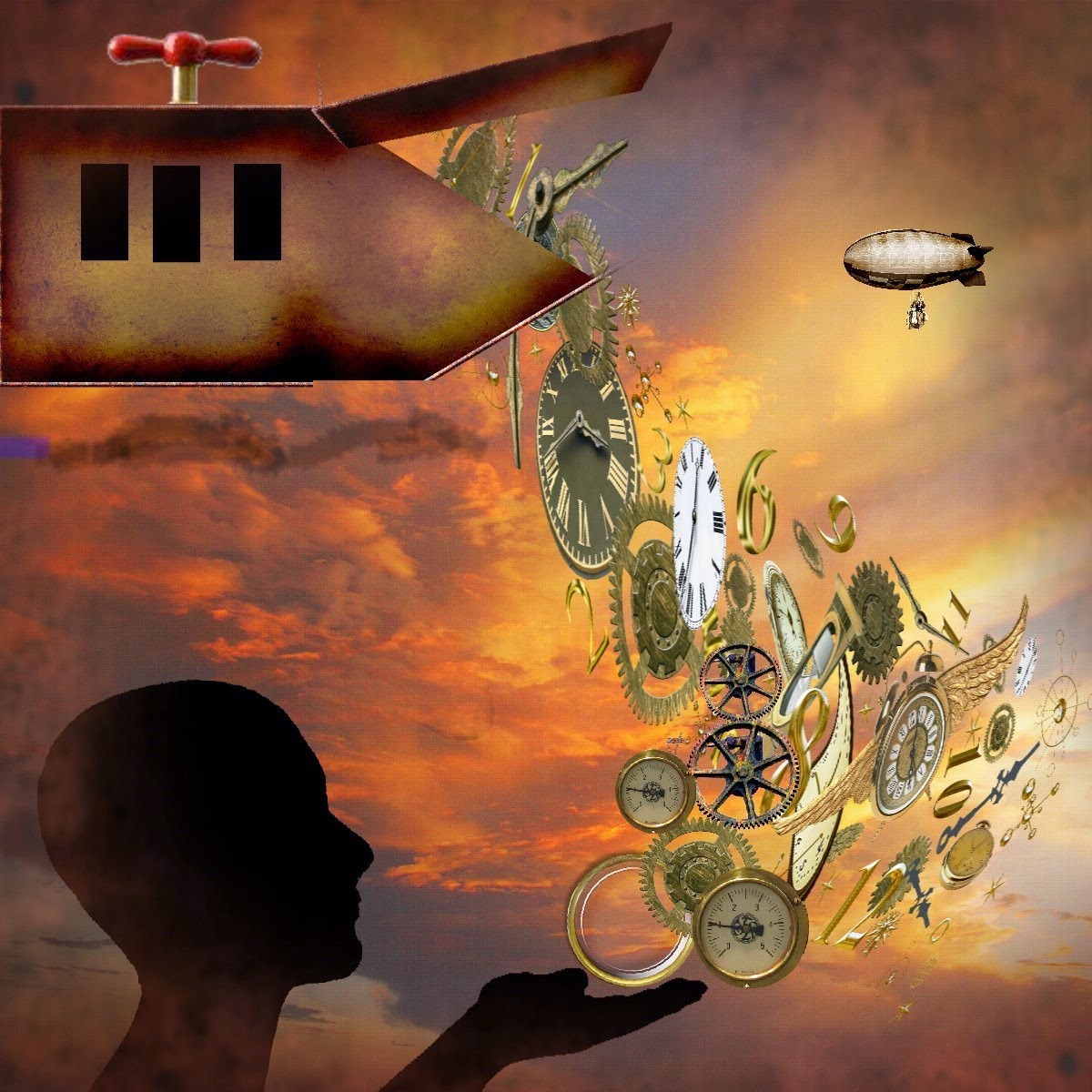 Steampunk elements compliments of Maya at SBG.   I fantasized about tossing punkbits into a great trash-sweeper in the sky.   Thanks for visiting!
Posted by indybev at 4:03 PM 18 comments: 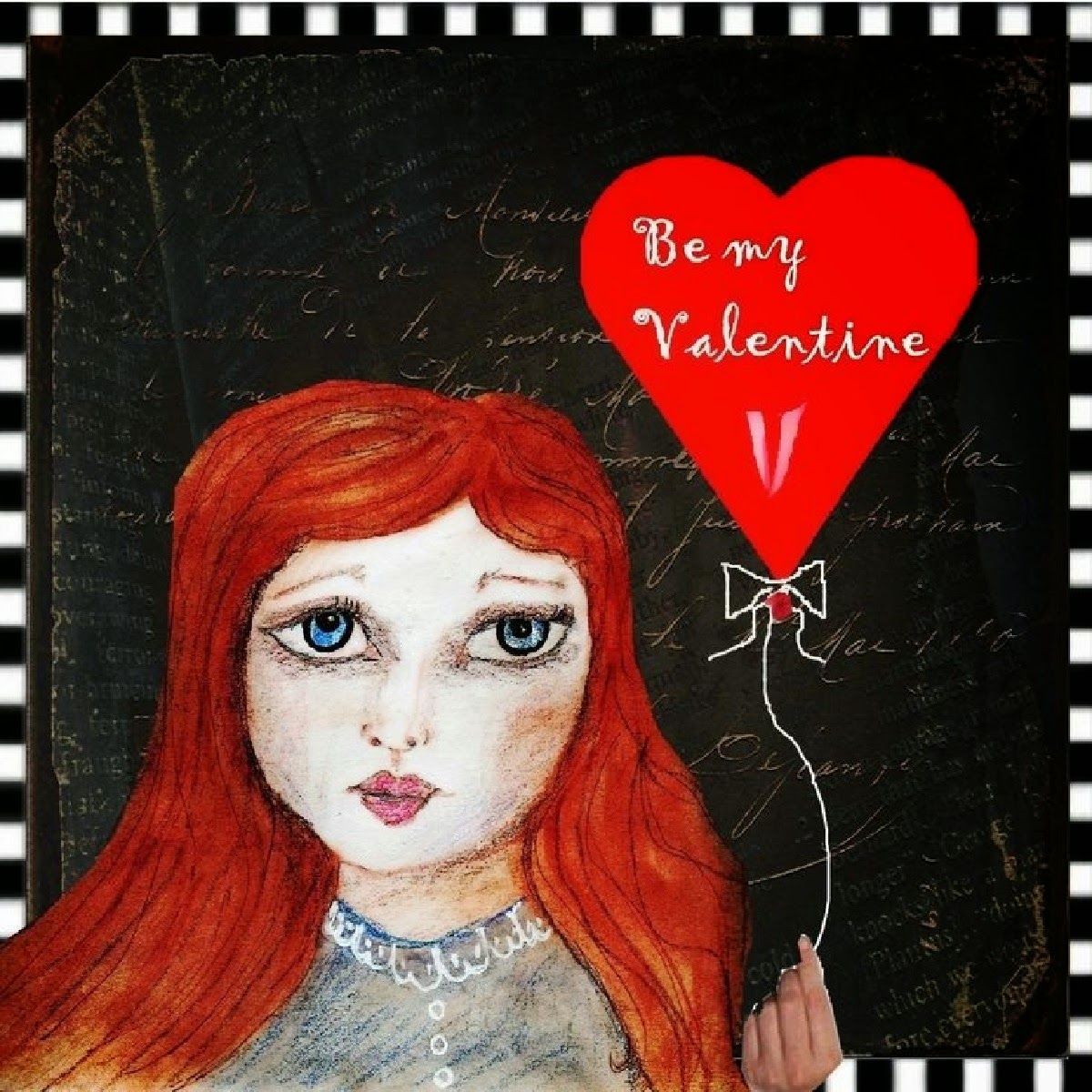 The "balloonist" is my sketch using colored pencils and pan pastels.  I keep trying to master the art of drawing faces, this time with hints from Jane Davenport's book "Beautiful Faces".  Thanks for indulging me!
Posted by indybev at 7:58 AM 19 comments: 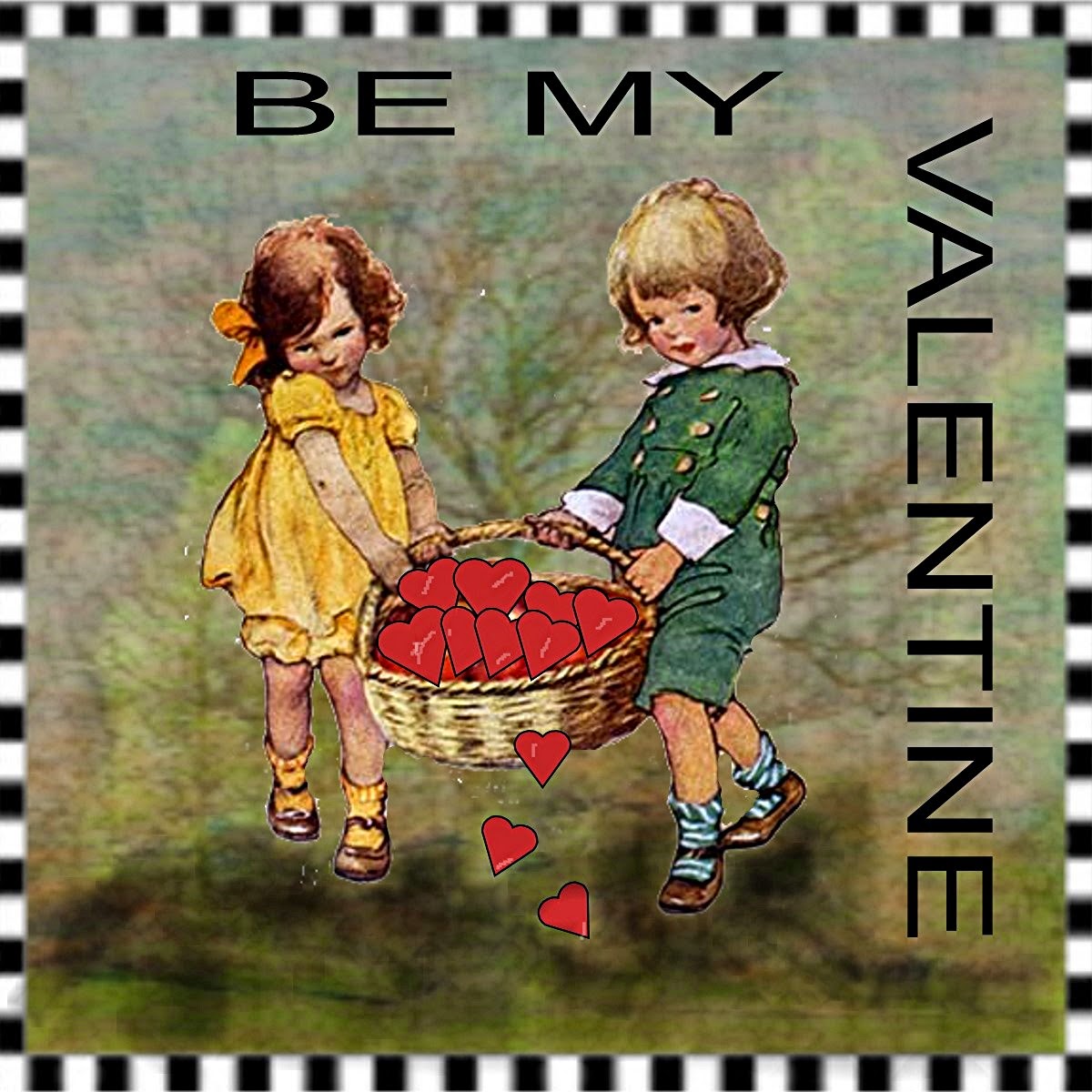 Now who could resist this pair (courtesy of Jesse Wilcox Smith) and their basket of valentines?  Actually, they had a basket of apples, but I replaced them with hearts.   Thanks for stopping by!
Posted by indybev at 6:43 AM 17 comments: 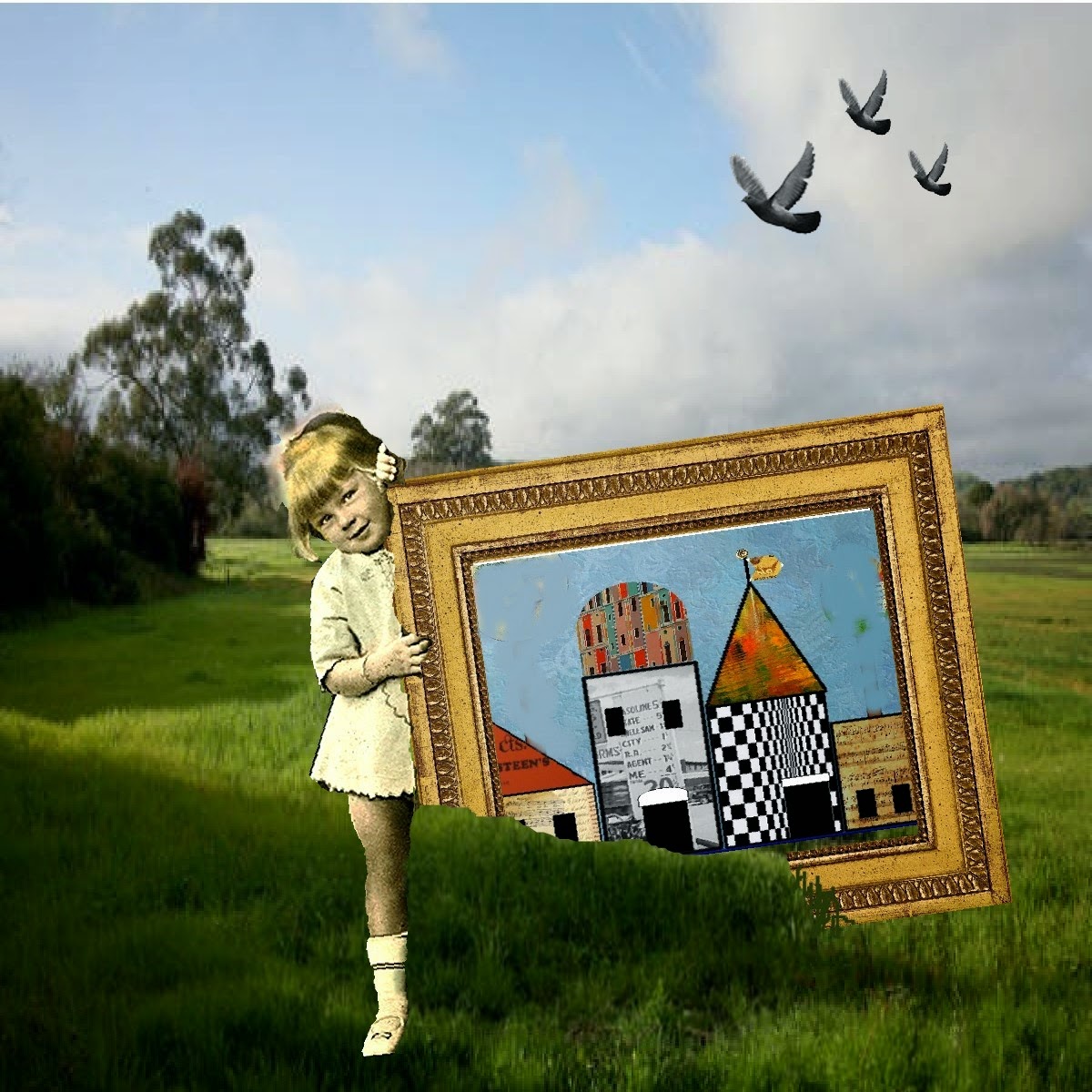 Never know what you might find in the meadow.  Frame is googled, print is an earlier piece of mine, and girl has been in my stash for ever so long, source unknown.  Thanks for the visit!
Posted by indybev at 7:43 AM 9 comments: 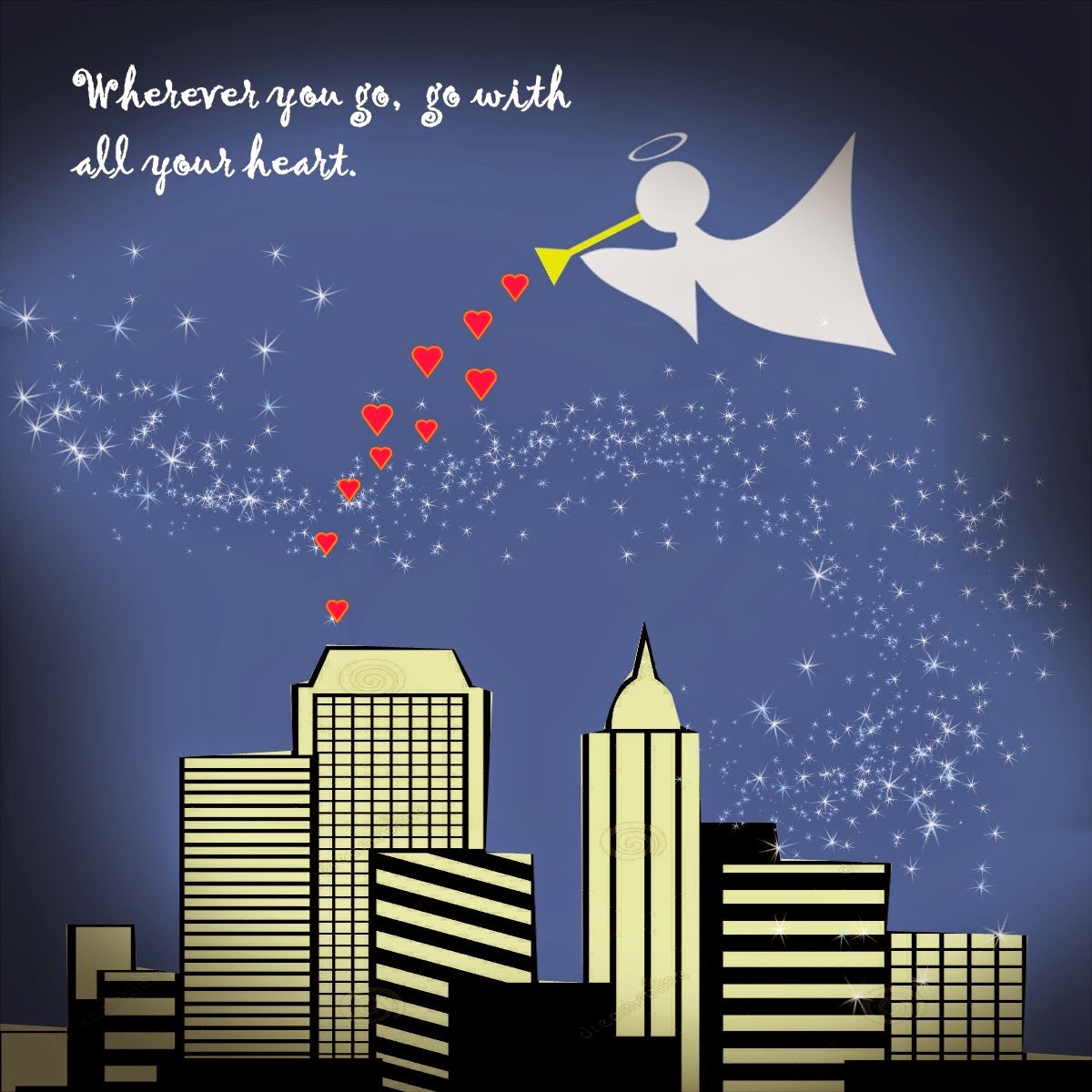 Nice to think when we're asleep, angels are spreading love!   Thanks for stopping by.
Posted by indybev at 10:20 AM 14 comments: